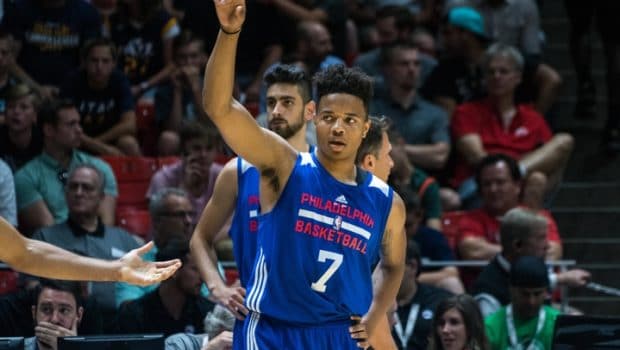 … my choice for the first Philadelphia team to make the playoffs is none other than the 76ers. I must admit, I was never one to “Trust the Process,” but I am now a believer. What turned the tide was the signing of Redick, who is a great pro and a dead-eye three-point shooter, and the play of Fultz in early summer league play. Though I realize that summer league games are many levels below regular NBA tilts, Fultz’s ability to penetrate so quickly and effectively leads me to believe that he will create a lot of open shots, either dishing off to Joel Embiid or kicking it out to Redick for a certain three-pointer. With Ben Simmons and Fultz moving the ball and Redick and Embiid scoring the way they can, the Sixers will make the playoffs next season: