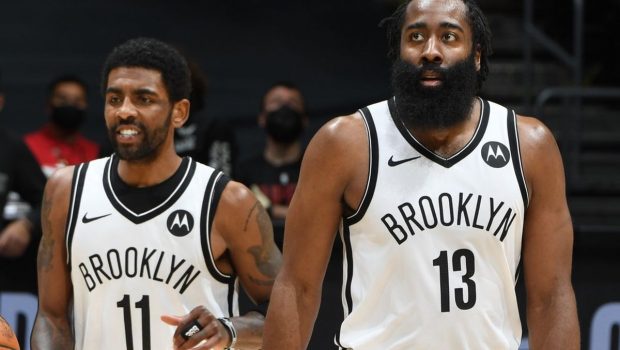 There has been no original reporting on the rumor that has floated like a turd in a punch bowl that the Sixers are pursuing Kyrie Irving in a trade.

However, the consensus among the chattering class of NBA savants is that they are not!

And that Daryl Morey, who never saw a trade he didn’t like, never actually entered discussion with the Nets for him.

James Harden may have factored in to the 76ers not pursuing a deal for Irving.

Though Kyrie is one of the most talented players in the NBA, they’d certainly have to give up a guy like Tyrese Maxey along with draft picks.

It appears that the Lakers are the only team truly interested in a deal for Kyrie, and it almost feels inevitable that he ends up in LA.