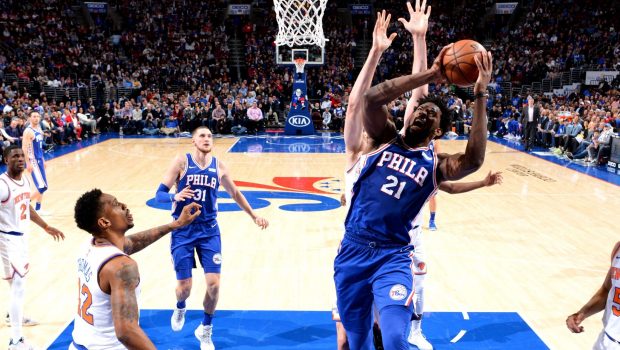 SIXERS ARE SHOPPING FOR A BIG FOR THE PLAYOFFS RUN!

The Sixers are preparing to play the Celtics in Boston as part of the NBA’s Christmas Day extravaganza, and GM Elton Brand is also busy.

They have already acquired four-time NBA All-Star Jimmy Butler, along with Justin Patton from the Minnesota Timberwolves in exchange for Jerryd Bayless, Robert Covington, Dario Saric and a second-round draft pick last month.

And they have an open roster space.

“Very encouraged because we aren’t a finished product yet,” Brand said. “We added Jimmy Butler in November. That was great, it’s not in February, when you have a bigger adjustment period.

“We have an open roster spot that we’re going to look to fill. There’s opportunity cost there, we don’t want to miss out on something from the buyout market that we might add and miss out on potential trades as the trade deadline comes.”

The 76ers are 22-12 after crushing the Toronto Raptors Saturday night and could look to acquire a forward or center.

“Front-court depth is important to me for what our team needs right now,” Brand said. “We’re not a finished product right now. We’re going to get better.”