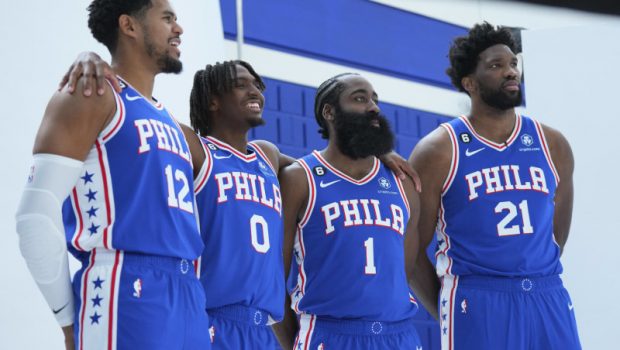 The Sixers are about to break training camp and head to Brooklyn for Monday night’s first exo against Ben Simmons and the Nets.

Thanks to Harden taking a paycut this summer, the 76ers were able to add some significant help to an already formidable roster.

Tucker and House were signed using exceptions that only became available thanks to Harden opting out and re-signing on a two-year, $68.6 million contract. They should both help improve a defense that ranked just 12th a season ago, with Tucker almost certainly starting at one of the forward spots while House settles into a rotation role off the bench.

Trading an injured Danny Green in a deal to acquire Melton gives Philly another reliable ball-handler and talented defender who can play next to Harden or Maxey, even if he begins games as the sixth man.

Thybulle, a two-time All-Defensive team member who led the NBA in steal percentage (3.4 percent last season), now gets bumped to the bench after starting 50 games for the Sixers a year ago.

The backup center spot was a problem after trading Andre Drummond away in the Harden deal, yet with Harrell and the continued development of Reed, should be much improved now.

The Sixers have both the star power, and now the depth, to win a championship this season.