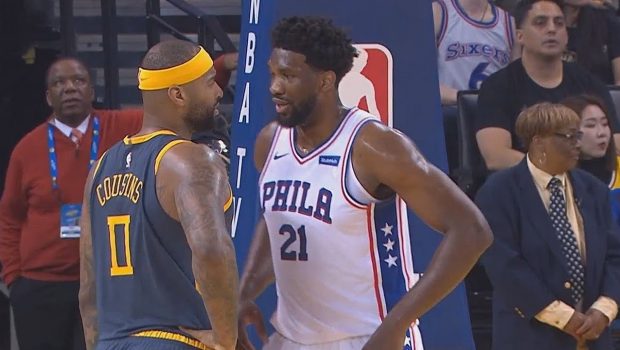 SIXERS ARE BACK HOME, AND IT’S JOJO VS. BOOGIE COUSINS!

The Sixers are back home tonight after a bruising western swing that ended with three straight losses.

But they still lead the East by a game over the Nets and face the short-handed Rockets.

Houston could be without as many of four of its top six rotation players due to injury, with Christian Wood (right ankle sprain), Victor Oladipo (right foot strain), Eric Gordon (right groin strain), and PJ Tucker (left thigh contusion) on the injury report. Wood is out, Oladipo and Gordon are doubtful, and Tucker is questionable.

Perennial All-Star center Joel Embiid, who is putting up MVP-caliber numbers of nearly 30 points and 11 rebounds per game, sat out Monday in Utah with back tightness — but he’s listed as probable. Meanwhile, reserve guard Shake Milton remains out with a left ankle sprain.

Assuming Embiid plays, Stephen Silas and the Rockets may need to lean more on the size and bulk of veteran center DeMarcus Cousins to provide some form of physical resistance in the low post.

It will also be a reunion of sorts between the Rockets and longtime GM Daryl Morey, who is now the Sixers president of basketball operations. This will be the first time that Morey’s new team has faced the Rockets since his abrupt departure from Houston last October.