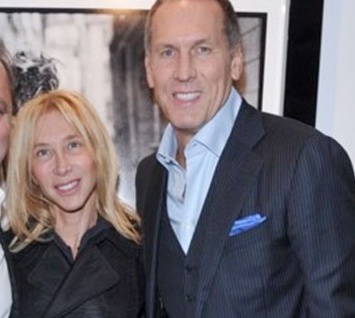 The probe, spurred by a report on The Ringer, has largely become centered on Colangelo’s wife, Barbara, as the possible operator of the so-called burner accounts.

An angry, embarrassed Sixers ownership group has been discussing the possibility of firing Colangelo, sources said. The Sixers are pushing for a resolution as soon as early this week.

The investigation has increasingly focused on Colangelo’s wife as the author of a barrage of incendiary and revelatory tweets centered on Sixers players’ personal lives and injuries, along with proposed trades, former employees and rival league executives — as well as praise for Colangelo.

Colangelo’s assertion that he was previously unaware of any tweets by his wife has been met with skepticism inside and outside of the 76ers. So far, ownership has been reluctant to separate Colangelo from any family member or close associate responsible for this embarrassing episode, league sources said.

The National Basketball Players Association hired Paul/Weiss to deliver a special report on the business practices of former executive director Billy Hunter in 2013. It is believed that Paul/Weiss is using cyberintelligence consultants to assist them in the investigation, which sources say has included Colangelo surrendering his phones and electronic devices for scrutiny: