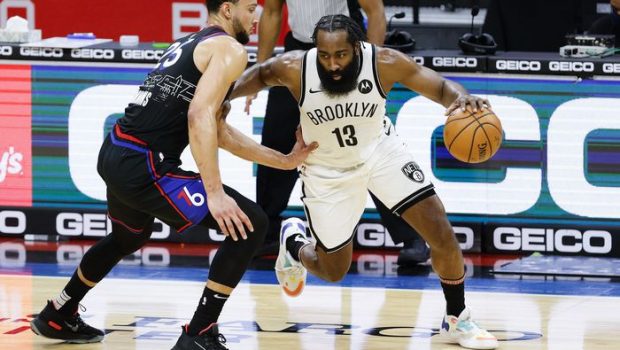 For Sixers big boss Daryl Morey, James Harden is like the whale in “The Old Man and the Sea.”

He will pursue him to the ends of the earth, no matter if he is working for the Rockets or the Sixers.

Per Stephen A. Smith of ESPN and courtesy of Bleacher Report, Morey would love to find a way to add Harden to the Sixers:

“Now you might lose James Harden because Daryl Morey is lurking in Philadelphia. Don’t think for one second that Daryl Morey ain’t trying to get his hands on James Harden. I’m telling you what I know,” Smith said yesterday on “First Take.”

Harden did recently note in an interview with ESPN that the possibility of not signing an extension and becoming a free agent is an idea that intrigues him. Perhaps that’s the route the Sixers could go at the end of this year.

“You know, I think over the course of my career I’ve never been a free agent before, so I’ve always just been loyal and just signed it, you know, the contract extension,” Harden told Malika Andrews. “Just being there, being there, being there. I just want to take my time with it. It would be very, very difficult to leave here, or to even leave Kevin Durant or Kyrie Irving.”