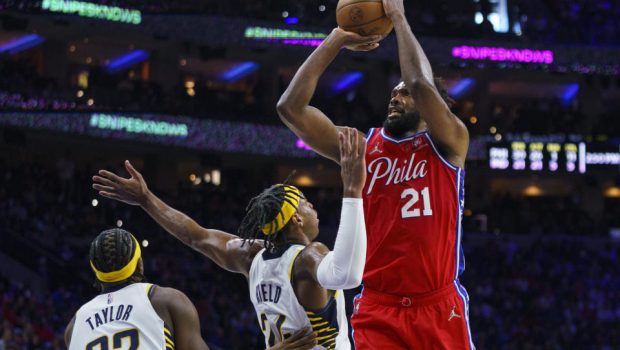 The Sixers easily beat the Pacers, but they failed to cover the 14 1/2 on this 3-ball by Gabe York.

Indiana +14.5 bettors owe Gabe York dinner after this one… pic.twitter.com/Vnk2txaQkr

Joel Embiid made his closing argument for MVP votes and improved his chances of winning the NBA scoring title, scoring 41 points while collecting 20 rebounds and dishing out four assists to lead the Sixers to a 133-120 victory.

Embiid shot 14 for 17 from the floor, went 11 of 15 from the foul line and made both his 3-point attempts in a game that Philadelphia (50-31) needed to win to remain alive in the hunt for the third seed in the Eastern Conference.