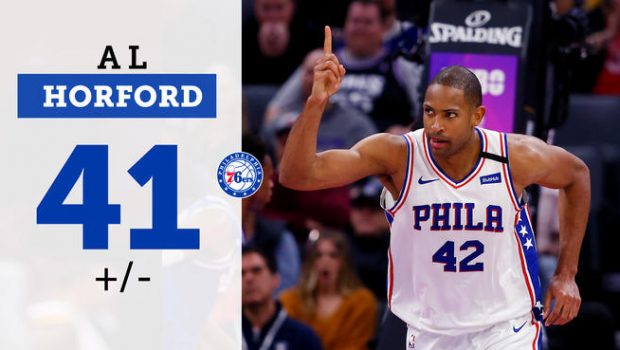 SIXERS AL HORFORD FINALLY LIVES UP TO HIS $109M CONTRACT!

All season Sixers fans have considered Al Horford to be an overpaid, over-the-hill mistake signing for $109 million.

But he more than paid for his free agency contract last night:

The Sixers outscored the Kings by 41 points when Horford was on the floor in a 125-108 win that snapped a nine-game road losing streak.

Horford, though, apparently does not pay a great deal of attention to his plus-minus.

“It usually equals that you’re going to get a win,” he told reporters. “That’s what we did tonight. I still don’t understand the whole plus-minus thing. I’m just glad that we won.”