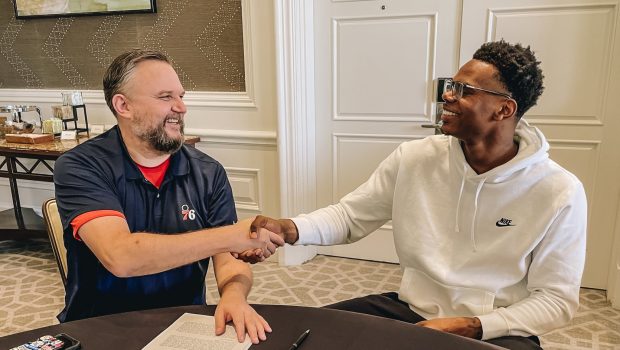 The Sixers have signed undrafted rookie Michael Foster Jr., and Daryl Morey handled the deal in Vegas where Foster is on the Summer Sixers.

The terms of Foster’s agreement are unclear, but if it’s an Exhibit 10 deal, it’ll be a non-guaranteed, minimum-salary contract that could be converted into a two-way deal before the regular season begins. A player on an Exhibit 10 contract is also eligible for a bonus worth up to $50K if he’s waived and then becomes an affiliate player for his team’s G League squad.