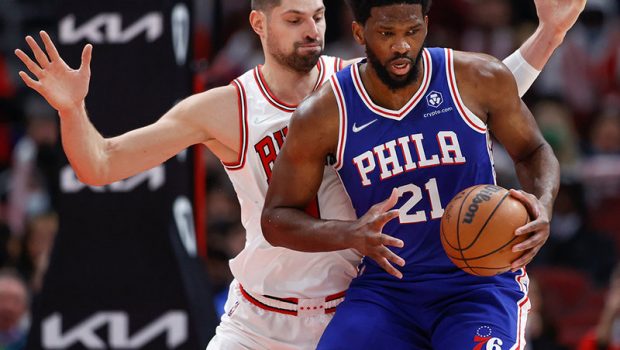 SIXERS A 7-HOME-FAVE TONIGHT VS. BULLS IN EAST SHOWDOWN

The Sixers were shut down Saturday night, falling 99-82 to the Miami Heat in the lowest-scoring performance of the season as James Harden did not play in the second half of back-to-back games due to scheduled maintenance for a hamstring injury.

The loss snapped the 76ers’ five-game win streak and Joel Embiid was held to just 22 points for the second straight contest.

He has averaged just 23.7 points over his last three games, down almost 10 from his average through February (32.5 points per game).

The Sixers will be hoping that Embiid isn’t showing signs of fatigue heading into the final month of the season.