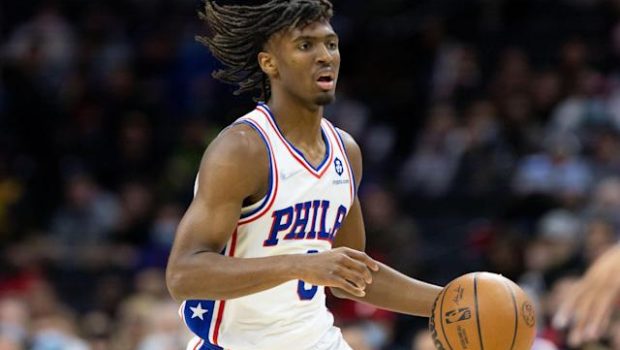 The Sixers are in Brooklyn tonight with three losses in four games.

After following up a 102-93 win over the Golden State Warriors on Saturday with a 126-91 loss at Memphis on Monday, the 76ers allowed a season-worst 18 3-pointers in a 101-96 home loss to the Miami Heat on Wednesday. Making the defeat worse, the Heat were without their top three scorers (Jimmy Butler, Tyler Herro, Bam Adebayo).

The Sixers trailed Miami by 11 after the first quarter and by 23 in the third quarter before tying the game with 84 seconds left.

“We couldn’t get stops,” Philadelphia coach Doc Rivers said. “I thought we were bad offensively and defensively.”

The best news was Joel Embiid returning to total 17 points and 14 rebounds in 37 minutes after sitting out Monday due to rib soreness. Embiid is averaging 27.5 points in his past six games and is expected to play Thursday although he said he rolled an ankle at the end of Wednesday’s game

“We put ourselves in a hole to start the game,” Embiid said. “We didn’t respond until the last couple minutes of the third, and obviously we made a push in the fourth.”

Besides avoiding another slow start, the Sixers are hoping to see another big night from Tyrese Maxey. The second-year guard led Philadelphia with 27 points against the Heat, and he has scored 50 points in the past two games.

Kevin Durant helped the Brooklyn Nets prove eight players were enough in an impressive win over the Toronto Raptors on Tuesday.

The Nets face a similar scenario of being significantly short-handed due to COVID-19 health and safety protocols when they host the Philadelphia 76ers on Thursday night.

Brooklyn, which is seeking a fourth straight win, will be without starters LaMarcus Aldridge, DeAndre’ Bembry and James Harden along with reserves Bruce Brown, Jevon Carter, James Johnson and Paul Millsap. The Nets are in the process of using hardship exceptions to add players and reportedly will sign Langston Galloway to a 10-day contract.

“I can’t wait for the rest of the guys to get back. We miss them all,” Durant said. “It’s weird not having them all in the locker room.”

The first game of being severely undermanned was a grueling test. Durant totaled 34 points, 13 rebounds and 11 assists while playing 48 minutes in a 131-129 overtime win on Tuesday, when the Nets overcame an 11-point deficit. Prior to the game, Durant was considered questionable due to an ankle injury.

While Durant produced his second triple-double this season, Mills added a season-high 30 points and Griffin chipped in 13 after being out of the rotation for most of the past month. Edwards added 17 points in his third career game, Claxton chipped in 16 points and Duke totaled 10 points and 13 boards.

“It’s December and we’re down seven players and we easily could’ve punted this game,” Durant said. “But we saw an opportunity for us to grow and get better — especially the young guys.”

The impressive showing even prompted Brooklyn owner Joe Tsai to tweet: “I love the kids. And what was not to love.”