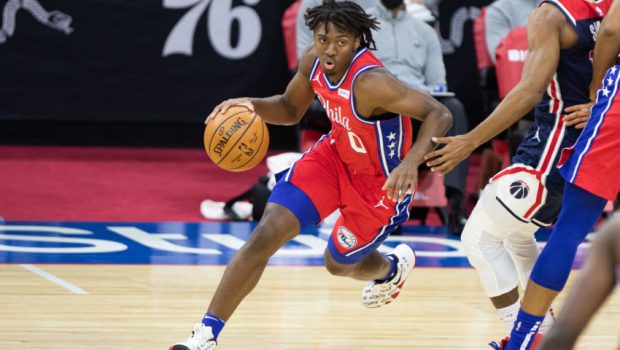 After the 76ers big 117-109 win over the Celtics Wednesday night, with all things being equal they have gotten off to a good start this season.

New coach Doc Rivers has made his mark with his new group, especially C Joel Embiid, who is off to his best start, averaging 26.4 points per game, 11.3 rebounds for the 10-5 Sixers on top of the Eastern Conference after 15 games.

Embiid, for the first time is in the MVP conversation in the early going.

The bench is a big factor in the improvement over last season. Shake Milton, Dwight Howard and rookie Tyrese Maxie have given them consistent play as the second unit competes at a high level so far.

The Sixers lost out in the James Harden sweepstakes to the Brooklyn Nets last week as “The Beard” was traded in a four-team multi-player deal.

New president of player operations Daryl Morey tried to acquire Harden but came up short, maybe for the better.

This team has come together quickly — Morey will tinker no doubt with this roster in filling spots, but make no mistake that Morey will pull the trigger on helping this team move forward as the season grinds on. In this Covid-19 campaign anything can happen, but the Sixers have weathered the storms so far, looking like a contender for the conference, and attempting to reach the NBA Finals for the first time since 2001.