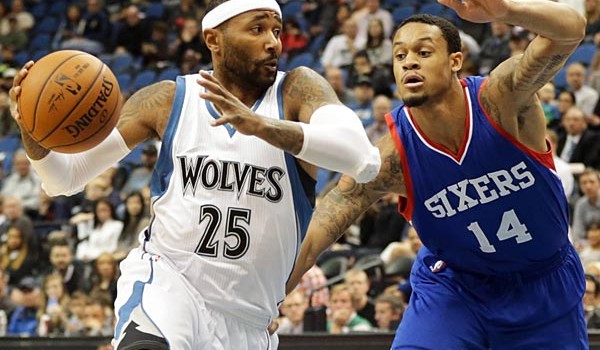 Rookie K. J. McDaniels has been a bright light for the Sixers.

The Sixers head to Minnesota tonight to play Andrew Wiggins and the T’Wolves (8pm/CSN) with history in their sights.

If they lose, it will be their 18th consecutive loss to start the season, tying the NBA record set by the New Jersey Nets in 2009.

History says this might be their best chance to win a game – at least for a while.

And the Timberwolves are missing three key players—Ricky Rubio, Kevin Martin and Nikola Pekovic—due to injury. And losing to the Sixers would be familiar territory for the franchise: Minnesota also lost to the Grizzlies to snap their 23-game losing streak in 1996 and the Mavericks to end their 20-game skid in 1993.

Here’s a look at the 10 longest single-season losing streaks in NBA history and the opponent that ended the streak. 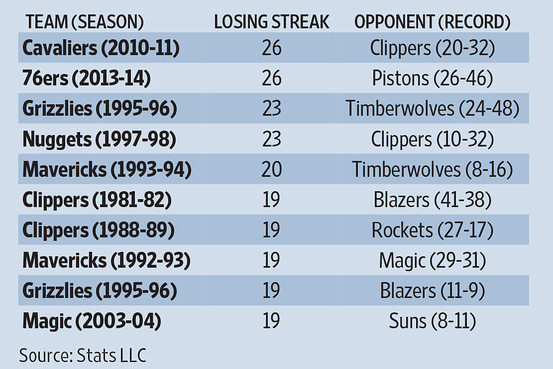