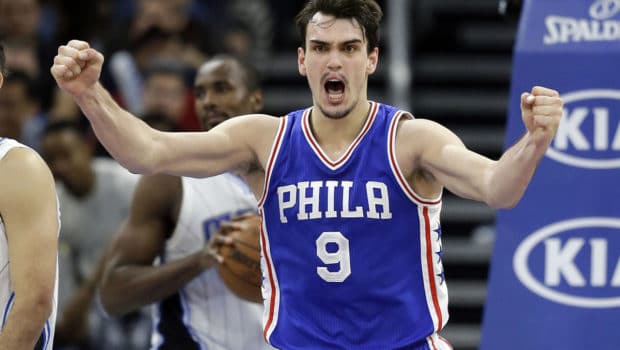 With Embiid sidelined because of a knee injury, Saric is making a run at Rookie of the Year. Over his last seven games, he is averaging 20.3 points, nine rebounds, and 2.9 assists. If you have concerns about Embiid’s health, Saric is starting to look like the surest thing from the Sam Hinkie era.

Tune into almost any Sixers game and you’ll witness Saric’s filthy behind-the-back passes, fiery effort, and feisty rebounds. With timely blocks and steals that lead to transition offense, Saric is showing the same promise he did while playing in his native Croatia and in Turkey, where he was a superstar forward; over the last seven games, the Sixers are 25.8 points per 100 possessions better when he’s on the floor, per NBA.com: