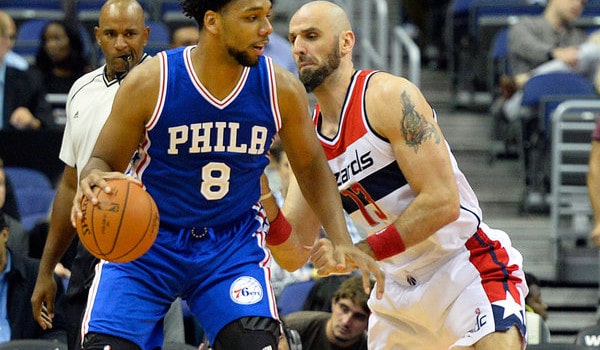 The Sixers have only played one exhibition game, and that was a blowout by the Washington Wizards, but rookie center Jahlil Okafor has already inspired some smack!

When asked about Okafor’s performance in his NBA debut, Marcin Gortat (guarding Jah above) was complimentary, telling the Washington Post that the No. 3 pick is a “smaller Al Jefferson.”

He noted Okafor’s advanced skill set and strength. And he remembered that Okafor, who finished with 12 points, hit a couple tough shots. That, he said, he won’t forget and he voiced his displeasure, quickly shifting from fan to foe.