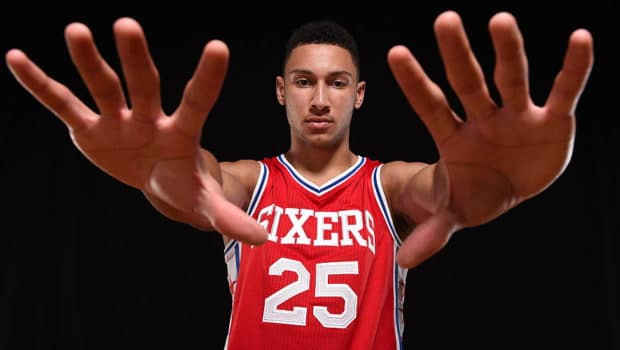 So, when will Sixers fans lay eyes on 2016 No. 1 overall draft pick Ben Simmons?

There have been few prospects hyped as much as the 6-10 forward with point guard vision and ballhandling skills.

Then Simmons fractured his foot during the first week of training camp, robbing the 76ers of one of their brightest young lights.

In his absence, Joel Embiid has looked fantastic, but the Sixers have still missed having a distributor like Simmons on the court.

That opening should be closed soon, as Simmons is expected to return sometime in January, allowing Philly to spend half a season looking at him and Embiid.

The potential for the two of them to grow together is why the Sixers have one of the most exciting futures in the league – even if it came after years of losing.