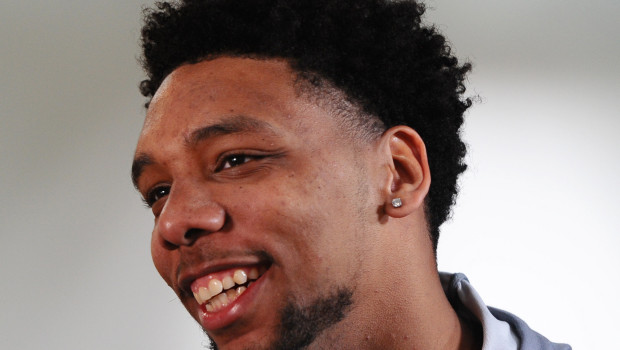 Police on Boston announced Friday that Sixer center Jahlil Okafor will be investigated for an alleged assault that took place outside of a nightclub this week.

The person Okafor allegedly threw to the ground and punched early Thursday morning — an altercation that was caught on video — filed a police report Friday morning, the Boston Police Department said in a statement. The victim told police that he sustained a cut above his eye that required stitches.

“According to the victim, when his female companions refused their advances, a verbal altercation ensued between him and the suspect,” Boston police said in the statement. “During the argument, the male victim states that Okafor attempted to charge him, but was momentarily restrained by another individual. Eventually, however, the victim states that Okafor broke free and began pushing and punching him. Victim further states that the suspect struck him with a closed fist and knocked him to the ground.”

The 76ers and the NBA said in separate statements that they were aware of the altercation and were investigating the incident.

“It was definitely dumb on my part,” Okafor told the Inky. “It’s something that I am embarrassed about. I’m not happy about it at all. But we are still going to through the process of what we are going to do.”