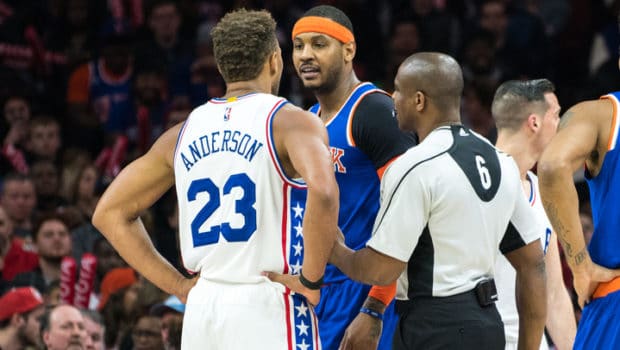 SIXER NEWBIE JUSTIN ANDERSON STICKS UP FOR HIS RIGHTS!

“We were just playing basketball,” Anderson said. “If it was nowhere for a reason, if we were playing at a park, we would have just kept playing basketball. There was really nothing said that was any harm or anything. There really was nothing to it.”

Anthony apparently told Anderson not to be “that guy.” Asked want he meant, Anthony said, “He was just talking. I like him. I didn’t want him to be the guy I don’t like.”