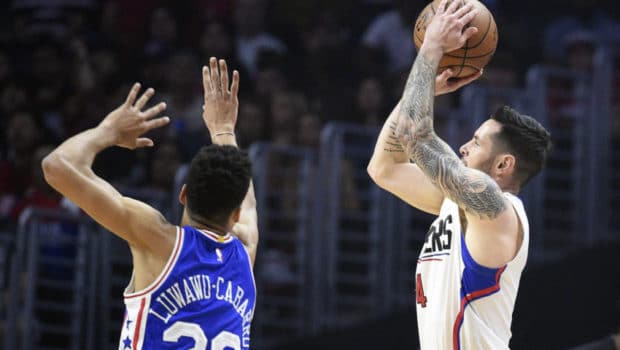 WHY SIXER NEWBIE J. J. REDICK WAS GLAD TO ESCAPE FROM L. A.!

JJ Redick explains on his podcast that, as much as he enjoyed his career in Los Angeles, all good things must come to an end:

“I know some Clippers fans and maybe some NBA fans may be wondering like, why did I not go back or there are probably some ignorant people out there who are questioning my loyalty,” he said. “Going back to the Clippers was, honestly, not an option.

“I kind of figured last summer when they signed Austin (Rivers) and Jamal (Crawford) back, they had basically guaranteed $25 million in salary for this upcoming season and I knew they weren’t going to be able to commit financially longterm to having a third shooting guard at a high rate. That’s just unrealistic. You can’t have $30-$40 million at one position, especially when you’re going to have two or three max players on the team.

“So on June 29 (executive vice president of basketball operations) Lawrence Frank was nice enough and professional enough to give me a call. I call it my break-up call. He basically said, we’re not going to bring you back.”