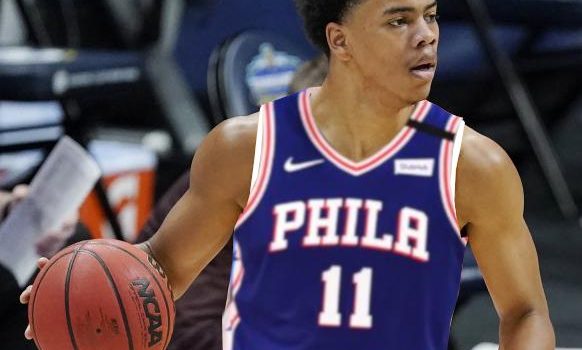 Jaden Springer totaled 10 points, on 4-for-4 shooting, with two rebounds and a steal in 8 minutes, 43 seconds — all in the fourth quarter.

“It was solid,” Springer said of his night.

“I was trying to make the best of my minutes out there doing what I can. I feel like I tried to make an impact in the game, and, you know, I went out there and kind of showed that a little bit.”

“I’m telling you, he is, you know, we talk about De’Anthony [Melton] and this is probably a helluva statement, but I think he’s gonna be an elite defender. I really do,” Rivers said.

Jaden Springer had himself a night. 🔥 pic.twitter.com/UgQuJiumq0