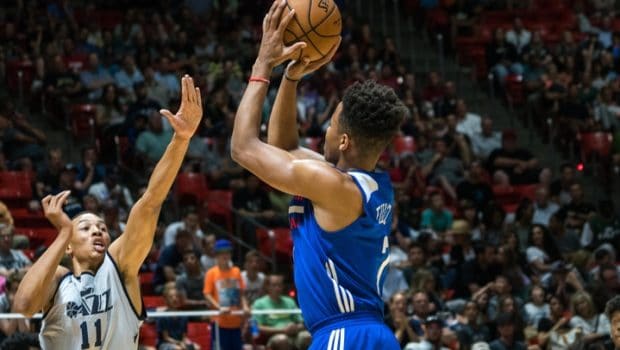 SIXER FULTZ WALKING, INJURY NOT AS SEVERE AS HAD BEEN FEARED!

Sixers rookie Markelle Fultz is well enough to walk around today and his ankle injury suffered last night in the Vagas Summer League is not as serious as once thought.

However, the No. 1 overall pick in last month’s NBA draft is not expected to play for the rest of the summer league, a source told ESPN.

Fultz was helped off the court after rolling his left ankle in a game against the Golden State Warriors. A source told ESPN Saturday that he suffered a high ankle sprain, but another source said today that the sprain is a typical sprain, not a much more severe high ankle injury.