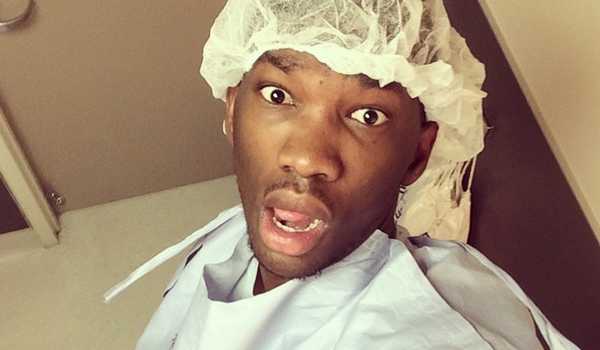 Well, the Sixers have been quiet for more than a month about Joel Embiid’s foot surgery, but the player and his surgeon are talking success!

Embiid had two existing screws replaced and a bone graft of the site was done using bone from his hip at New York’s Hospital for Special Surgery.

The 7-footer from Kansas was the third overall pick in the 2014 NBA draft. He missed his entire rookie season after having surgery to repair a stress fracture in his foot in June 2014.

The team announced in June he suffered a setback in his recovery.

While Embiid likely will miss another season, orthopedic surgeon Martin O’Malley says the ”bone’s integrity was even better than expected and has been put in a great position to support full recovery.”

The 76ers said they met with doctors around the globe after Embiid’s setback – summoning experts from New York, North Carolina, Colorado, California, Pennsylvania, Australia, the Netherlands and Qatar to determine the course of action.

They also said Embiid was likely to have surgery in late July. Instead, Embiid waited another month to have the procedure. There was a photo of Embiid on his Instagram account with the center in a hospital gown and attached to various tubes with the caption ”EVERYTHING WENT REALLY WELL…. Excited for the future. (hash)BELIEVE (hash)JE21 (hash)Sixers.”

”We will now move into the first phase of the recovery process, which will include a focus on general health and fitness, as well as non-weight bearing movement for the injured limb,” said David Martin, the team’s director Of performance research and development. ”We will incorporate a broad network of resources into Joel’s return to play program, one that we believe will give him the best opportunity to make a complete recovery.”

Embiid, a native of Cameroon, played one season in 2013-14 at Kansas and was considered the top pick until injuries set him back. He hurt his back while landing awkwardly during a game and missed the Jayhawks’ final two regular-season games and the Big 12 Tournament. He also missed a victory over Eastern Kentucky and a season-ending loss to Stanford in the NCAA Tournament.

Embiid then had foot surgery before the draft, but the rebuilding Sixers weren’t afraid to take a chance on him at No. 3. The Sixers are 37-127 under team president Sam Hinkie and coach Brett Brown.

Expecting to move on without him, the Sixers used the No. 3 pick in the 2015 draft on Duke center Jahlil Okafor.