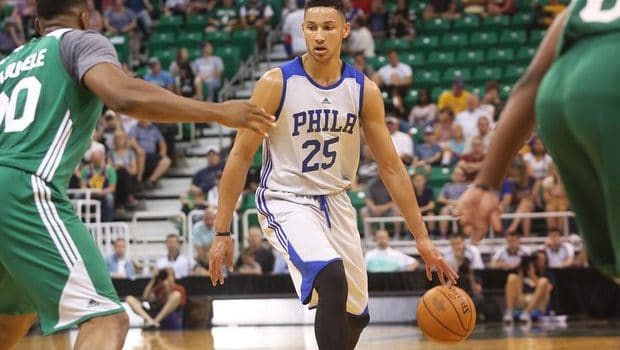 Even in a July exhibition, there was no question why Simmons’ name was called first in the draft. At 6-foot- 10, he ran the floor like a point guard and dictated the game like a veteran.

“There’s going to be a lot of opportunities where I can find guys like I did today,” he said.

The former LSU star did a little bit of everything and made it look easy. Simmons even faced up Jaylen Brown in the first half and smoothly knocked down an elbow jumper.

“Ball handling, confidence, communication, swagger, enthusiasm, love for teammates,” Sixers coach Billy Lange said of Simmons. “It wasn’t about him. Everyone wants to put a label to it, but he’s just a basketball player. He’s a really good basketball player … there is still a long journey ahead.”