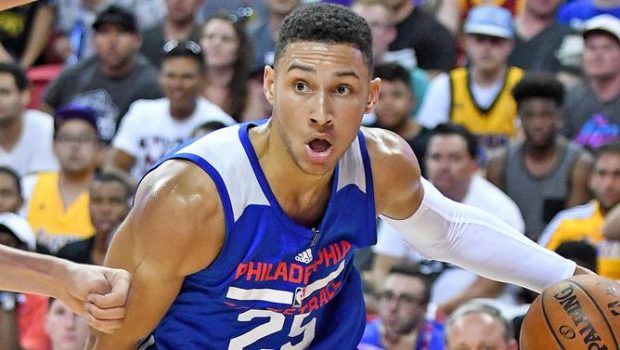 HOW SIXER BEN SIMMONS’ INJURY YEAR WORKS TO HIS ADVANTAGE!

ESPN caught up with him in Australia, his home:

“There was definitely [some advantages to having a year off]. I’ve had a whole year to grow and learn and focus on what I need to focus on. I think that whole year has really helped me,” he said, adding he needed to continue to work on “learning the game, scoring, defense … everything.”

Physically, the 21-year-old, whose fractured right foot is now fully healed, said he was feeling great. He added that teammate Joel Embiid, who was sidelined late last season due to a torn left meniscus, was also building back to full fitness. Simmons said if the stars aligned, the Sixers were primed to finally break their six-year playoffs drought.

“Physically I feel really good. [I am] ready to play and get the season started,” he said. “I’ve just got to go out and work hard … and if everyone in the team does the same thing, I think we can do great things.

“Our goal is to get there [to the playoffs] and win. We don’t doubt each other, as long as we work hard we might [be able to].

“Joel [Embiid] is doing well. I actually worked out with him before I came to Australia so I know he’s been working hard every day.

“We have a great young team. … I think we can do some great things, I’m looking forward to heading back to Philly.”

Simmons came back to Philly yesterday, and despite the frustrations of a year missed through injury said he took some positives out of his debut season.