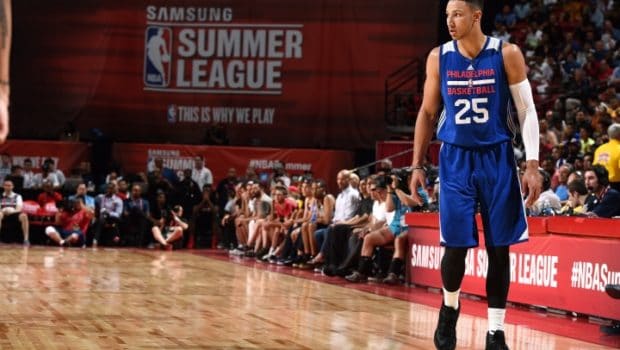 It was only the consolation game of the Las Vegas Summer League, but maybe blowhard Isiah Thomas will be happy now!

The Sixers began to pull away in the second quarter, and fought off a late-game comeback attempt from the Heat. They finished Las Vegas action with a 2-4 record.

Simmons went 5 for 15 from the field and 5 for 7 from the line. He dished six assists and committed six turnovers.

Long shot 8 for 13 from the field to tally his 18 points. Richaun Holmes scored 14 points and snared six rebounds off the bench.