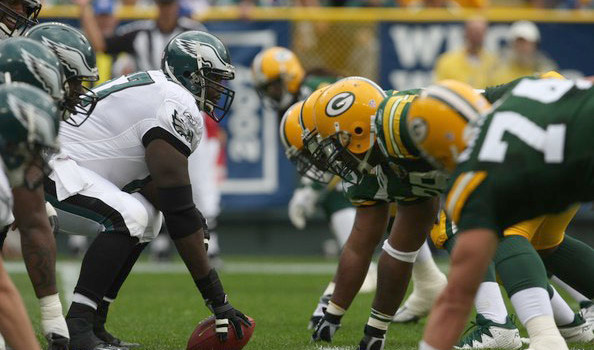 No member of the NFL commentariat dispenses more conventional wisdom than the vastly overrated Peter King, who covers the NFL for the formerly great Sports Illustrated.

And in SI’s pro football issue, King predictably jumps on the Eagles’ bandwagon — in a big way!

King has the Eagles finishing with the top record in the NFC and capturing home-field advantage throughout the playoffs.

Needless to say, as the top team in the NFC, King has the Eagles winning the NFC East over the Cowboys but losing the NFC title game to the Pack 30-26 at the Linc.

Flip a coin. I like the Eagles better, by a bit, mostly because the Cowboys lost their best defensive back (Orlando Scandrick) for the year this preseason, and because Philadelphia scored faster this preseason than the Kardashians printed money. But there’s no insurance for Sam Bradford staying upright for the season; if he does, the Eagles are as good as anyone in the NFC, and maybe better.

As for the rest of the NFC, King has the Eagles finishing at No. 1, followed by the Green Bay Packers, Atlanta Falcons, and Seattle Seahawks. He has the Arizona Cardinals and Dallas Cowboys capturing the NFC Wild Card spots.