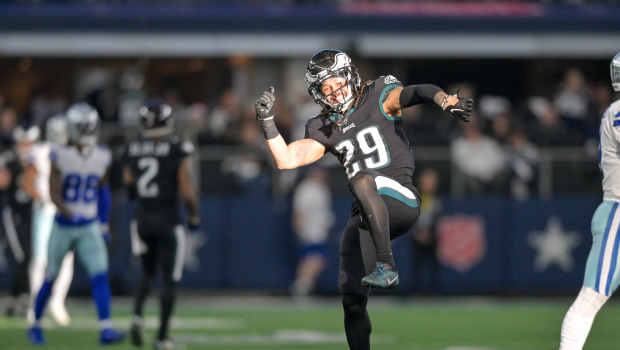 SIRIANNI ‘HOPEFUL’ MADDOX CAN PLAY VS NINERS — THAT’S A REACH!

Eagles coach Nick Sirianni is a born optimist, which is a great quality to have in a leader of men.

But he may still be high from the Eagles win over the Giants two nights ago.

Slot corner Avonte Maddox has a “significant” toe injury, hurt in the second quarter of the Eagles’ loss to the Cowboys Saturday at AT&T Stadium on Christmas Eve.

Maddox, a 4th-round pick in 2018, is one of the NFL’s best slot corners when healthy, but his career has been marred by several injuries. He’s missed 19 games since his rookie year, and this is his third significant injury this year.