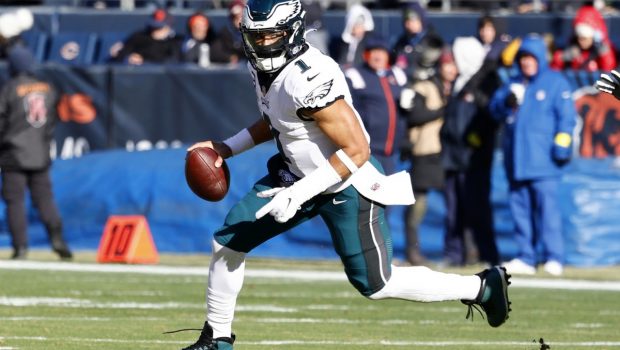 Jalen Hurts didn’t participate in the Eagles walkthrough yesterday, which seems to indicate that the won’t be at quarterback next Sunday when the Birds play the Saints at the Linc.

But coach Nick Sirianni used his presser to make some salient points:

“If you guys went up and shot baskets together, he’d whoop you,” Sirianni joked.