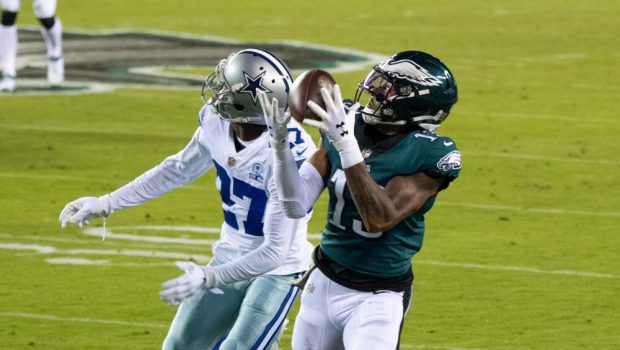 Where would the Eagles be without rising star receiver Travis Fulgham?

Three months ago he was cut by the Lions and Packers.

Two months ago he was cut by the Eagles, but brought back to the practice squad.

On October 3, Fulgham was promoted to the active roster.

Since then, Fulgham is the NFL leader in receiving yards.

He tops the list of all receivers in the NFL from Week Four onward with 435 receiving yards.

Fulgham, who initially got to the NFL as a sixth-round draft pick of the Lions out of Old Dominion, has played extremely well for an Eagles team that is struggling mightily with injuries. If not for multiple other wide receivers ahead of him on the depth chart getting hurt, Fulgham never would have had the opportunity to show what he can do.