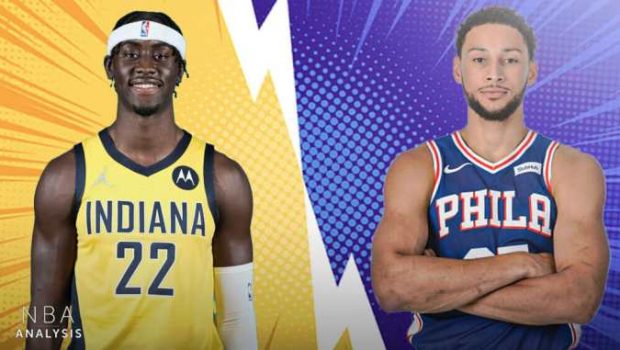 The Sixers are trying to dump crybaby Ben Simmons and his massive ego and contract.

But there are few takers at the moment because Simmons proved in last season’s playoffs that he is a choking dog.

His value is so low around the league that Caris Lavert is getting attention.

Which would be great, except for the fact that he missed mucho games last season because a mass was found in his kidney.

That was resolved, but the Pacers guard id now dealing with a stress fracture in his back.

In other words, he is damaged goods.

ESPN’s Brian Windhorst called the Pacers a “sleeper” team to deal for Simmons last week, and yesterday SNY’s NBA insider Ian Begley reported he’s heard from sources close to the situation that the Pacers and Sixers have indeed been chatting about Simmons, and an interesting name came up during the discussions:

“League sources confirm that the Pacers are among the teams who have talked to the Philadelphia 76ers about a potential Simmons trade. Caris LeVert was among the players brought up in those communications, per SNY sources.

“It is unknown if talks between Philadelphia and Indiana have progressed beyond run-of-the-mill contact.”