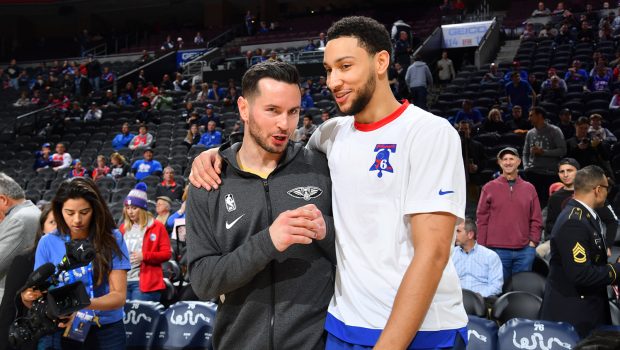 SIMMONS NO PHILLY-HATER: GOT A BROTHER AND APARTMENT THERE!

Crybaby Ben Simmons, who tried to blow a hole in the Sixers last season by holding out before he was shipped to Brooklyn for James Harden, doesn’t hate Philly.

That’s the bottom line on his appearance on former teammate JJ Redick’spodcast.

“People in Philly just want to have something to say about anything about [expletive] anything, man. Like everything. Like literally everything,” Simmons said. “You know, I post a picture of an [expletive] car, or a dog, I have reporters saying, ‘You should be in the [expletive] gym.’ Like, come on, man.”

He continued: “But for sure, yeah, Philly is obviously a sports city. And my experience playing there was incredible. Like for the most part, it was incredible. I had a great time. Fans were unbelievable.”

“I still have an apartment, so I do hold some real estate in Philadelphia, still,” he said. “I feel like I’m a part of Philly still. But, yeah, it’s just unique. Like even being in Brooklyn now, it’s completely different. Like, this is a different experience for me. Like, I value just that time I did spend in Philly, cause I was able to learn and grow in that city. I’ve got friends for life there. I’ve got — my brother lives there. I’ve got family there.”

He concluded, “So yeah, Philly is great. I think people think that I hate it.”

Here’s @BenSimmons25 on his relationship with the city of Philadelphia.