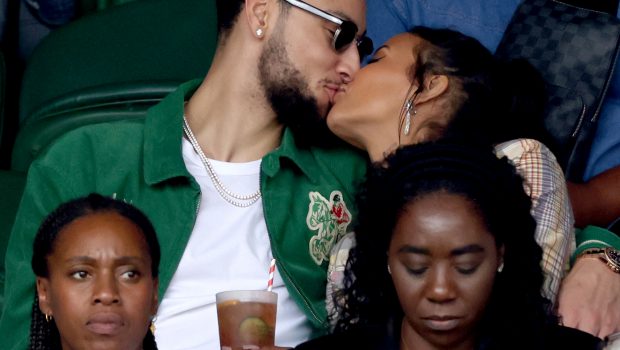 The Sixers lost game 7 of their Eastern semi series to the Hawks 21 days ago.

And in that three-week span, the overrated and overpaid Ben Simmons has become a pinata for his complete meltdown, especially for not taking a shot in crunch time.

Now we have some evidence of what happened.

Simmons reportedly facetimed his new girlfriend Maya Jama during the Sixers’ playoff run as well and they were even seen at various restaurants recently together in London.

She even spent two weeks in Philly during the postseason, according to the Evening Standard UK.

Maya Jama is a well-known TV presenter who is based out of London, England. She was born on August 14th, 1994 in Bristol, UK to a Somalian father and a Swedish mother. She was actually named after the famous poet, Maya Angelou. While she did experience a rather tough upbringing with her father being in and out of prison, Jama eventually moved to London in 2012 at the age of 18 to pursue a career first in acting, then eventually in TV and as a fashion model.As of right now, she’s a presenter on BBC One on a show called “Peter Crouch: Save our Summer” with ex-footballer Crouch and Alex Horne. Earlier in 2021, the BBC also announced that Jama would be a presenter on “Glow Up: Britain’s Next Make-Up Star”. In February, she made a celebrity appearance on “RuPaul’s Drag Race UK”.

And now, to Maya Jama’s dating history. She was in a long-term relationship with British rapper Stormzy from 2015-2019. She even appeared in one of his music videos called “Big for your boots” while he also presented the song “Birthday girl” on her 22nd birthday. One of the big reasons the two broke up was to focus on their respective careers, according to the Mirror.

When it comes to social media, Jama is a star. She has 2.2 million followers on Instagram and 625,000 on Twitter. Based on how famous she is, it’s not really a surprise. She also regularly interacts with her fans, which is refreshing to see.

Simmons and Jama have been rumored to be dating for a couple of months now, but things became official when the duo was seen together in London at a Wimbledon last week:

New couple alert ? Maya Jama and her new beau, Basketball player, Ben Simmons debut their relationship at Wimbeldon ? how cute are they!? pic.twitter.com/VVA00SICZ5