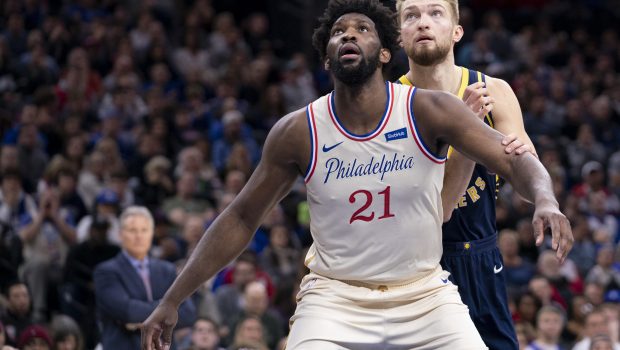 SIMMONS FOR SABONIS? JOJO WOULD LOVE IT, SIXERS FANS TOO!

Let’s cut through the sound the fury about Sixers crybaby Ben Simmons, his holdout and what that has done to the Sixers.

Essentially, it has meant that they have had to scratch to 28-19, 2 1/2 games behind the Heat in the East, without a point guard and adequate rebounding.

Which brings us to Domantas Sabonis, the 6-11 power forward for the Pacers, who is averaging 19 PPG and 12 RPG this season.

Last month it was reported that essentially everyone on the Pacers roster was available.

A Sabonis trade would not shock anyone. The two-time All-Star’s team-friendly deal, which runs for two more seasons after this one, makes him more valuable to Indiana than teammates Myles Turner and Caris LeVert, but Sabonis’ skill and contract also make him more attractive to trade suitors.

Pacers executive Kevin Pritchard conceded publicly that Sabonis does not qualify as a “real star” in the traditional sense, but he is one of the league’s most underrated centers, averaging an efficient 19-12-5.

If opposing general managers are holding back from offering much of significance for Turner, Sabonis might be able to fetch the young player or draft pick who Pritchard believes can transform into a No. 1 option.