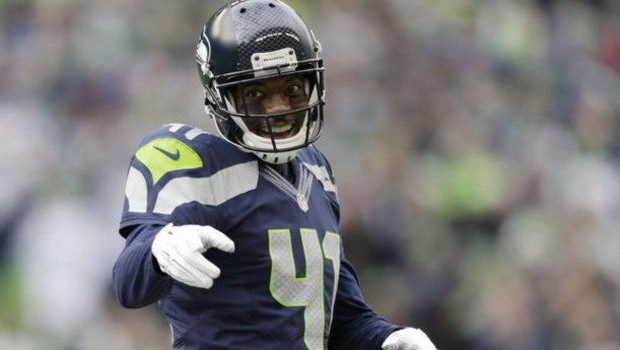 If a report by DraftInsider’s Tony Pauline that says the Eagles are considered the “front runners” to land Seattle cornerback Byron Maxwell’s services in the free agent market is true, this represents the first test of how well the Eagles’ brain trust of Supreme Leader Chip Kelly and money manager Howie Boy Roseman can work together.

They have until March 10 — 16 days away — to get their act together and pounce on Maxwell when the free agent auction officially opens.

Maxwell (photo above) is considered one of the top free agent cornerbacks on the market, and the Eagles are in dire need of cornerbacks. They started Cary Williams and Bradley Fletcher at the position the past two seasons, and everyone saw how that disaster turned out.

There has been talk about Williams being a cap casualty as well. He carries an $8.2 million cap figure in 2015.

But league sources told Eagles reporters that there have been no discussions about his future.

Maxwell, 26, is destined to hit the market. The Seahawks have expressed a desire for him to return, but know it could be costly, especially since they need to re-sign RB Marshawn Lynch.