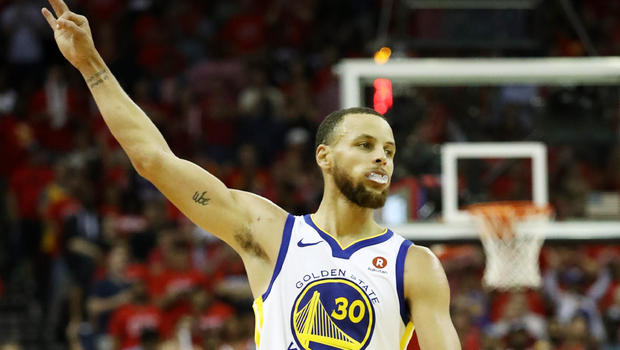 It’s hard to come up with something to criticize about when it comes to the great Steph Curry, the NBA champ Golden State Warriors’ All-World guard.

Maybe he should shut up and dribble.

Over the weekend, the Chang’e-4 spacecraft took flight from Sichaun province in China. It is bound for the far side of the Moon. The craft is expected to touch down early next month, becoming the first ever to “soft-land” on the far side.

Where does Steph Curry think the craft is headed?

On an episode of Kent Bazemore and Vince Carter’s Winging It podcast, Curry derailed what had been a pleasant conversation about how people came to know what noises dinosaurs made. It’s always unfortunate to have the sentence “A bone don’t tell you what the sound is, right?” followed up by the sentence “We ever been to the Moon?” But that’s exactly what happened at the 46:45 mark:

STEPH: We ever been to the Moon?

STEPH: They gon’ come get us, I don’t think so either.

The Warriors guard was asked again by host Annie Finberg:

FINBERG: You don’t think so?

Maybe it’s just a harmless joke, but if the way teens play pickup basketball these days is any indicator, Curry’s every single act and word is holy gospel for the youth. It’s all 30-footers and intelligent design conspiracy theory from here on out. Can we fast-forward past the playful doubling-downstraight to the meandering semi-apology?