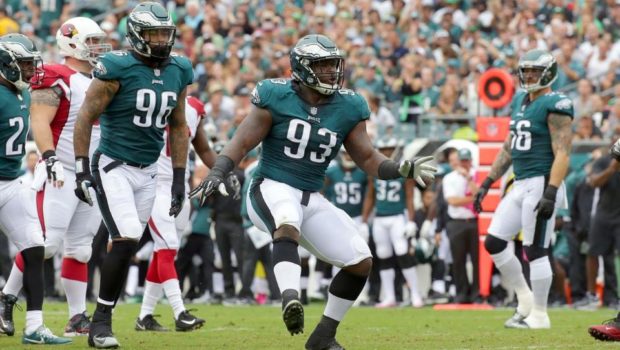 The Eagles made some bye-week news yesterday.

But, really, it should be no surprise that:

“Since the day he entered the building, Tim has been a difference maker both on the field and around the building,” the Eagles said in a statement released by the team. “He’s a tough, physical and relentless player who brings energy and enthusiasm every day. Tim possesses a lot of the qualities that we look for as we continue to build this team and we are excited about his future here in Philadelphia.”

Jernigan has 1.5 sacks and 11 tackles, including 8 tackles for a loss. He’s played an important role in facilitating the league’s best defense against the rush (66.4 yards per game) since being acquired in a trade with the Baltimore Ravens in April.

With Philly sitting at 8-1, the move to ensure Jernigan remains a part of the team’s long-term plans makes plenty of sense for Eagles executive vice president Howie Roseman. Jernigan has proven to be a valuable cog in the team’s defensive efforts so far.