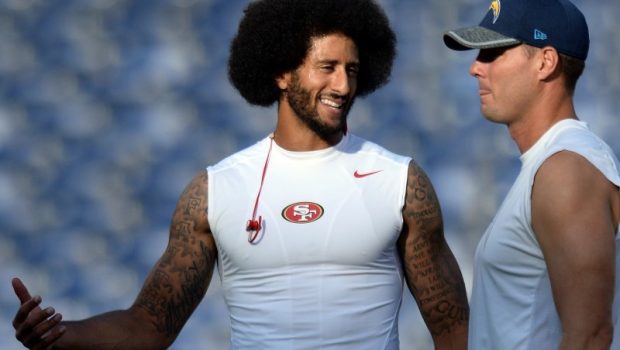 The Eagles should be the team that brings Colin Kaepernick back into the NFL.

After all, the Eagles were one of the eight teams to attend Kaepernick’s rescheduled workout last week.

Philly has long been identified as one of the more likely landing spots for Kaepernick if he did return, as the team has been more receptive than most to players committed to social justice issues.

What’s more, bringing in Kaepernick now allows Philly to be proactive about its QB situation. Josh McCown already retired before joining the Eagles for a backup job this year. It’s unlikely a veteran of that age would be worth such a potentially significant role.

Kaepernick easily upgrades the Eagles at potential backup, and if he does well enough down the stretch, he could potentially serve as competition for the starting role with Wentz next season.

Depending on how ownership circles really feel, the league might have a measure of gratitude to the Eagles for bearing the brunt of the media circus likely to accompany his return — and for defanging one of the more damaging critiques of the league in recent years.