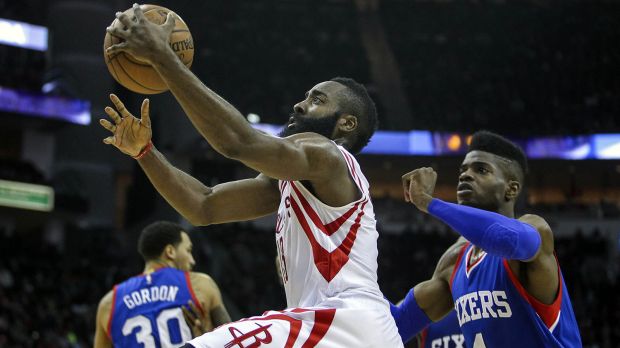 Adidas has taken Houston Rockets guard James Harden away from Nike with a 13-year, $200 million offer.

Harden’s agent, Rob Pelinka, negotiated the deal. Pelinka confirmed on Thursday that Nike informed him that it would not match the term sheet from Adidas. The deal with Harden, which will have him wearing Adidas shoes on the court and gear in social settings, officially begins on Oct. 1.

Aside from a signature shoe, a Harden apparel line is expected along with branded marketing commitments. Harden and Adidas are also expected to attempt to disrupt the shoe marketplace amid underwhelming successes for the brand.

Harden became a sneaker free agent just at the right time, as Adidas needed to make a move. The company, which signed Chicago Bulls guard Derrick Rose to a huge 14-year contract in 2012, hadn’t seen many dividends from that deal because of injury. Sales of the Rose shoe have failed to eclipse any of Nike’s stalwarts — LeBron James, Kevin Durant and Kobe Bryant.