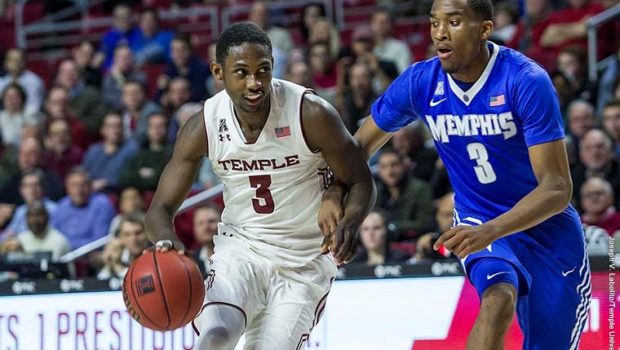 Temple’s lead was no fewer than six points for the final 18 minutes, and they led by double digits much of the way. The Tigers narrowed a 14-point lead to seven on three occasions in the final four minutes, but the Owls held them off.

Mark Williams scored a season-high 15 points including 10 in the final six minutes to keep separation between Temple and Memphis.

The largest lead for either team in the first half was a seven-point advantage for Memphis just past the midway point, 18-11 at 9:41. Dingle sparked the Owls in an early 10-0 run with back-to-back three-pointers for their largest lead of five points, 10-5 at 14:35. The Tigers answered with a 13-1 run for their seven-point lead, but it was a tight half the rest of the way.