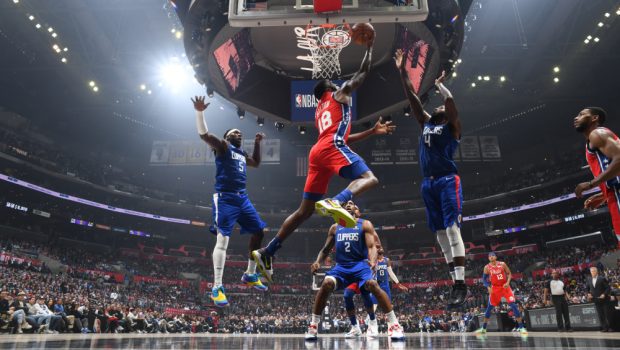 “You’re not playing,” Sixers coach Brett Brown told Shake Milton at the All-Star break. “You’re not in the rotation.”

That was just two weeks ago!

And Brown figured he would be playing Ben Simmons, Alec Burks and Josh Richardson ahead of the 23-year-old Milton, a second-year player out of SMU.

Milton, who had been playing in the NBA’s G League as recently as December, recalled hearing that message, saying, “It definitely sucks.” But Milton said he knew he could only stay ready should something happen.

With Simmons out indefinitely, Milton scored a career-high 39 points during a 136-130 loss to the Clippers in LA.

“A hell of a story,” Brown would say afterward, recounting Brown’s improbable journey.

Milton’s G League career high is 36 points for the Delaware Blue Coats on Dec. 29, 2018. And he has had three different stints with the 76ers’ G League team this season alone.

“Once the first couple ones knocked down,” he said, “I felt pretty good.”

At one point in the second half, Milton had made his first five 3-pointers and tied an NBA record for most consecutive 3-pointers made (13), a figure he set over the past three games.