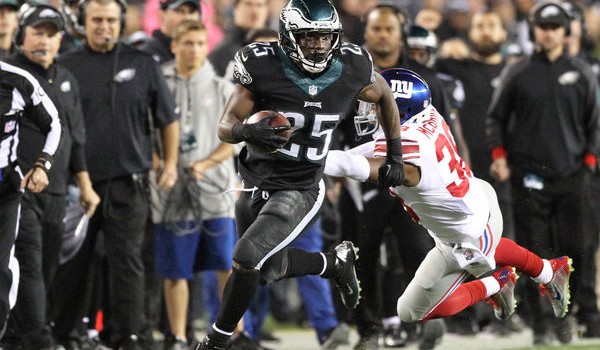 Shady McCoy is back, and the Eagles’ great running back made the Giants pay.

McCoy had struggled all season and went into Sunday’s game averaging just over 50 yards per game and 2.9 yards per carry.

“The Giants started with the safety out of the box,” McCoy said. “And they paid for it. Then by the time they brought a safety down, it was too late. We were already in a groove.”

McCoy had 85 yards at halftime, which was more than he had in any one game this season. He went over 100 early in the third quarter, and then sat out the second half of the fourth quarter, getting an early jump on the bye week.

He also quieted his critics who started to doubt what, if anything, he had left.

With McCoy running the way he did in 2013, and the way he usually does against the Giants, it made it easier for the rest of the Eagles offense.

“When the running game gets going like that, it opens up the passing game,” Eagles wide receiver Jeremy Maclin said. “It makes everything work better.”

“We played well. We played all together,” McCoy said. “There were lanes open for me. Actually, I thought I left some yards out there. But the guys up front they just dominated. I mean there was a lot of room out there.”