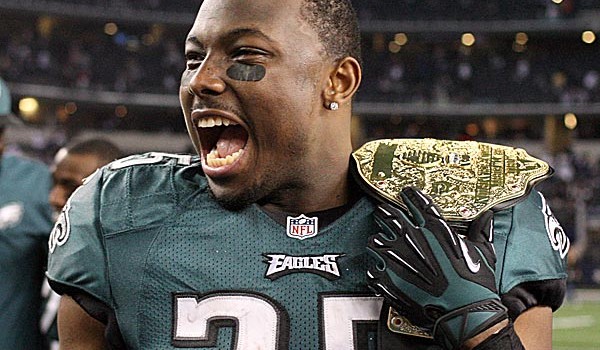 Ex-Eagles running back Shady McCoy remembers his days in Philly fondly and was hurt by the trade to Buffalo six years ago, as he revealed in a Bleacher Report AMA session.

When a fan asked him what it was like playing for the Eagles and Andy Reid, he responded with the following:

Those were some of my best years. Just from the city, the team. I live an hour away from Philadelphia so that was always like home to me. Lot of my most memorable moments and great times are from the Philadelphia area. I played with so many great players there like Mike Vick, Westbrook, D-Jack, Maclin, I could name guys forever. Philadelphia was always a special, special place. When I got traded it hurt me a little bit deep. Andy Reid has always been great to me and my family. He took a shot on me in the 2nd round and it worked out. Very thankful and grateful for that.

In McCoy’s initial response, he also mentioned that Jason Peters was probably the best player he had ever played with, a testament to the offensive lineman’s greatness considering McCoy has also lined up alongside Patrick Mahomes and, this year, Tom Brady.

After the trade went down, sources told ESPN’s Josina Anderson that McCoy, a PA local, was “not happy” and “frustrated” by the move. However, the Buffalo atmosphere and their playoff success has McCoy remembering those days fondly, as well.