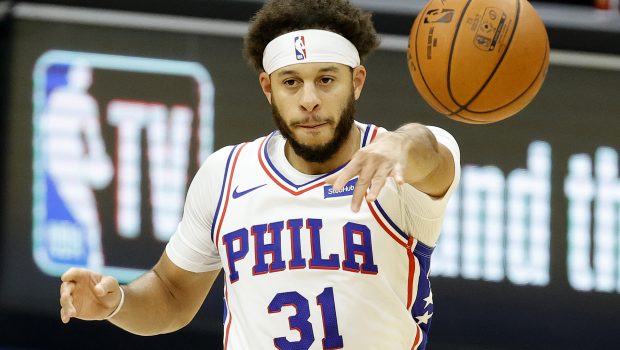 The lame-ass Philly media are still complaining about the fact that the Sixers don’t have 3-point shooter JJ Redick anymore.

Wondering what they’re saying now that Seth Curry’s in town?

Curry doesn’t fly off screens like Redick and his release isn’t as quick.

A season-high kind of night for @sdotcurry.

But Curry has shot 44 percent from deep for his career and has a more diverse off-the-bounce game than Redick, which comes in handy when attacking closeouts.

Curry shot 7 of 12 overall and 5-of-7 from deep and had three assists. He also can run a more standard pick-and-roll.

“I feel better every game knowing my spots, knowing how to find shots within the offense, playing off guys,” Curry said. “I think in general Ben is doing a better job of game by game directing our offense and Coach is putting us in simpler actions to where we can play off instinct and get our spacing right.

“If I can find the shots, I feel like I’m going to shoot a high percentage. Early on in the season, I think it’s just about where those shots are coming from.”