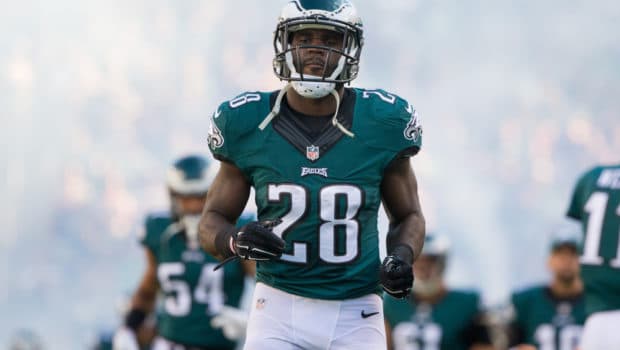 SERIOUSLY! DO EAGLES EXPECT TO WIN ANYTHING IN 2017 WITH THESE RUNNING BACKS?

Okay, the NFL draft is in the books, and the Eagles addressed defensive end, cornerback and even wide receiver.

Ryan Mathews hasn’t cracked more than 700 rushing yards in three years. He’s now a 29-year-old coming off a neck injury, at a position where finding productive 28-year-olds is rare.

Darren Sproles is going to be 34.

Wendell Smallwood (above) showed some flash but tore his MCL, so …

The Eagles need to find their 2017 starter sooner rather than later. How did the team address the position in the draft? They didn’t add a single player on Day 1 or Day 2.

Instead, they took San Diego State’s Donnel Pumphrey, a 5-8 back who weighed in at the combine at 176 pounds. It would be shocking if Pumphrey ever had a 1,000-yard season as a middle school-sized back.