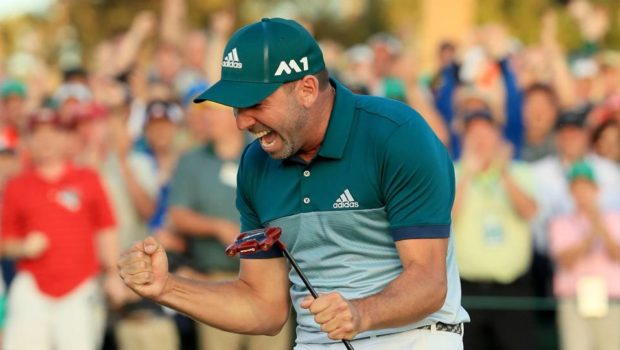 SERGIO GARCIA FINALLY HAS A SUNDAY TO SAVOR AT THE MASTERS!

In 1999, Garcia was the low amateur. Another Spaniard, Jose Maria Olazabal, won the second of his two Masters titles. Olazabal followed Seve Ballesteros, another Spaniard, who won green jackets in 1980 and 1983. Those two men were Garcia’s heroes when he was growing up. It’s an extraordinary thing. The Masters has been played 81 times. Five times it has been won by a Spaniard, golfing artistas who play the game in a way that is absolutely mesmerizing.

Garcia, aided and abetted by the man with whom he dueled through the afternoon and early evening, Englishman Justin Rose, gave the game and the tournament a tremendous, needed lift by winning its title for the first time: