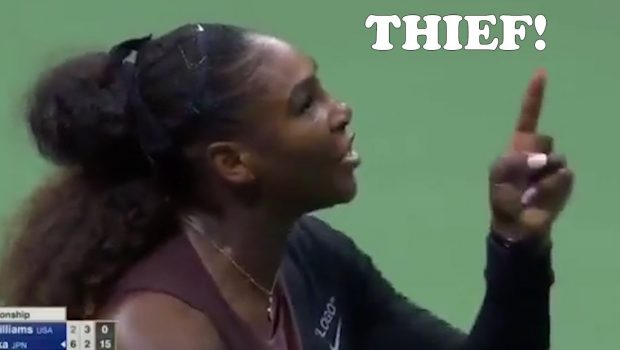 SERENA LOSES HER COOL AND THEN US OPEN TITLE TO OSAKA, WATCH!

Serena Williams accused the umpire of sexism in docking her a game in the US Open final and said she had not been cheating. Naomi Osaka’s 6-2 6-4 victory was overshadowed by Williams’ extraordinary outbursts in the second set. She received a code violation for coaching, a penalty point for racquet abuse and a game penalty for calling the umpire a “liar” and a “thief”. Afterwards the American said it was “sexist” to have been penalised a game.

“He’s never taken a game from a man because they said ‘thief’,” the 36-year-old former world number one added. “But I’ve seen other men call other umpires several things. “I’m here fighting for women’s rights and for women’s equality and for all kinds of stuff.”

American 12-time Grand Slam singles champion Bille Jean King, one of the founders of the Women’s Tennis Association (WTA) backed Williams, saying: “When a woman is emotional, she’s ‘hysterical’ and she’s penalised for it. When a man does the same, he’s ‘outspoken’ and there are no repercussions.”