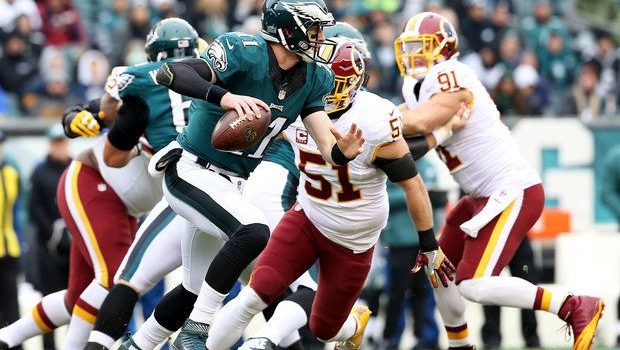 The Eagles’ 2017 regular season opener is still five months away, and they are already an underdog!

The Eagles open the season against the Washington Redskins at FedEx Field on Sept. 10 and Las Vegas has made them a 2 1/2-point underdog. The over/under is 48.

The Eagles have lost three straight games on the road to Washington and have lost five straight overall to the Redskins.

The Eagles last win over the ‘Skins came early in the 2014 season when Nick Foles led them to a 37-34 win at Lincoln Financial Field.

Their last win over the ‘Skins in Landover, Md. came opening night of 2013 in Chip Kelly’s first game as head coach when the Eagles jumped out early and held on for a 33-27 win.