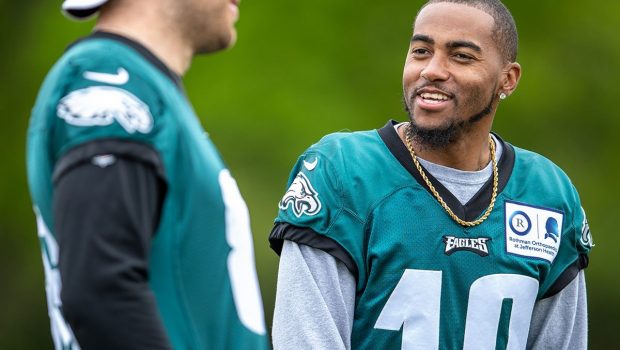 Jeffery ended last season 25th among wide receivers in PPR scoring, despite playing with a hobbled Carson Wentz for a good chunk of the season.

If Wentz is in fact healthy in 2019, you’re getting a nice discount with Jeffery as the No. 29 wide receiver off the board.

With two Eagles on the list, it’s safe to say that fantasy players are undervaluing the Eagles passing game.

Jackson is older than his last stint in Philly, but he remains a very viable big-play threat who can deliver an entire week’s worth of fantasy production in one play.

Jackson won’t hit big most weeks in 2019, but the beauty of best ball is you don’t need to guess when the production is coming.

Given this major upside, he’s being undervalued by at least a round.