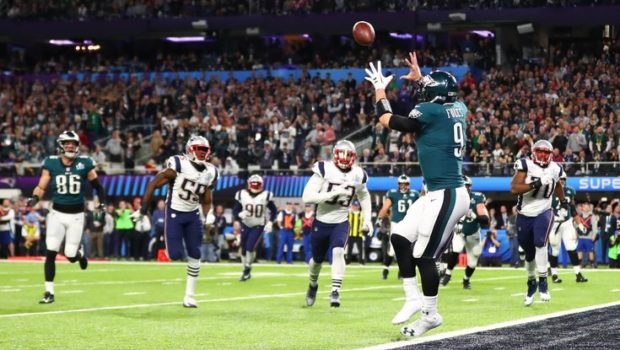 It wasn’t just that the Eagles won their first Super Bowl — it’s that they beat the New England Patriots with a backup quarterback (and a stunning trick play) to do it.

The play — “Philly Special” — will go down in Super Bowl lore, as will backup quarterback Nick Foles, who caught a one-yard touchdown pass on it to give the Eagles a double-digit lead just before halftime.

Foles ultimately received MVP honors for his performance in the 41-33 win, which ended the third-longest title drought in the NFL.

Four months later, the Eagles were invited and abruptly disinvited to visit the White House by President Donald Trump after it became clear that the entire team would not be attending.